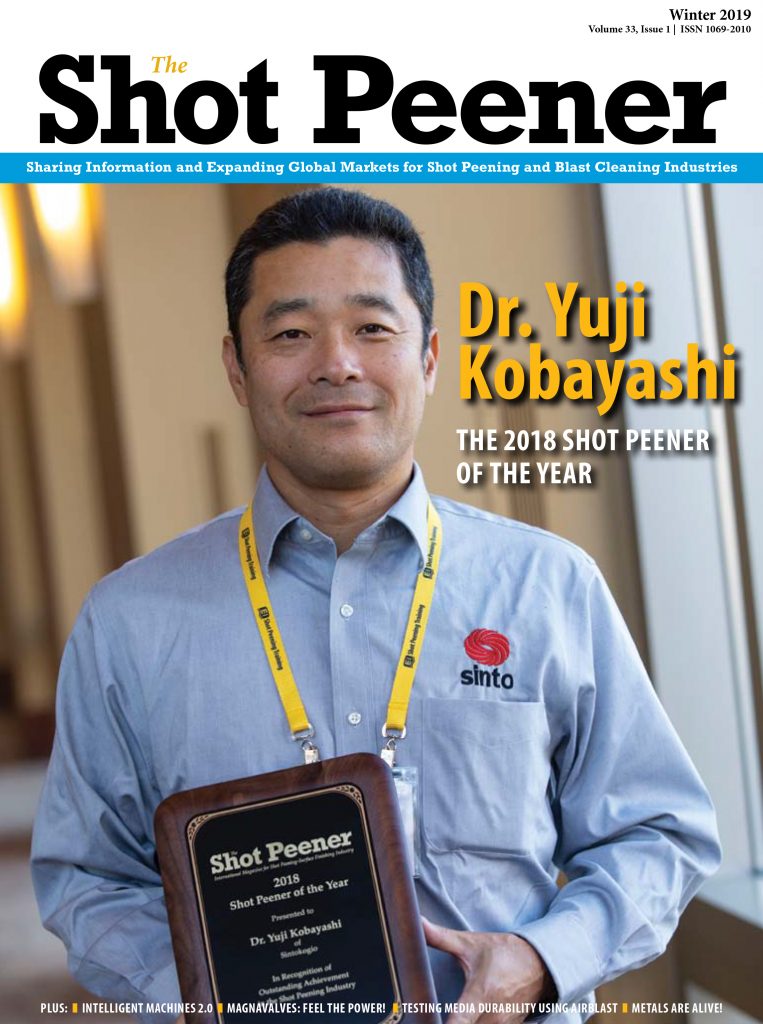 On October 9, 2018 Yuji Kobayashi, from Sintokogio, Ltd., parent company to Sinto America, Inc., was awarded the honor of Shot Peener of the Year at the annual Shot Peening Workshop in Lombard, Illinois.

Among his many accomplishments, along with his Japanese patents, Yuji has achieved 13 U.S. patents and numerous accolades from his peers in the automotive and aerospace communities.

Yuji is a member of the SAE subcommittee on surface enhancement and currently champions the Sightia system of residual stress measurement and die casting enhancement processing, among others.

To read the full article by The Shot Peener Magazine, view: Shot Peener of the Year 2019. 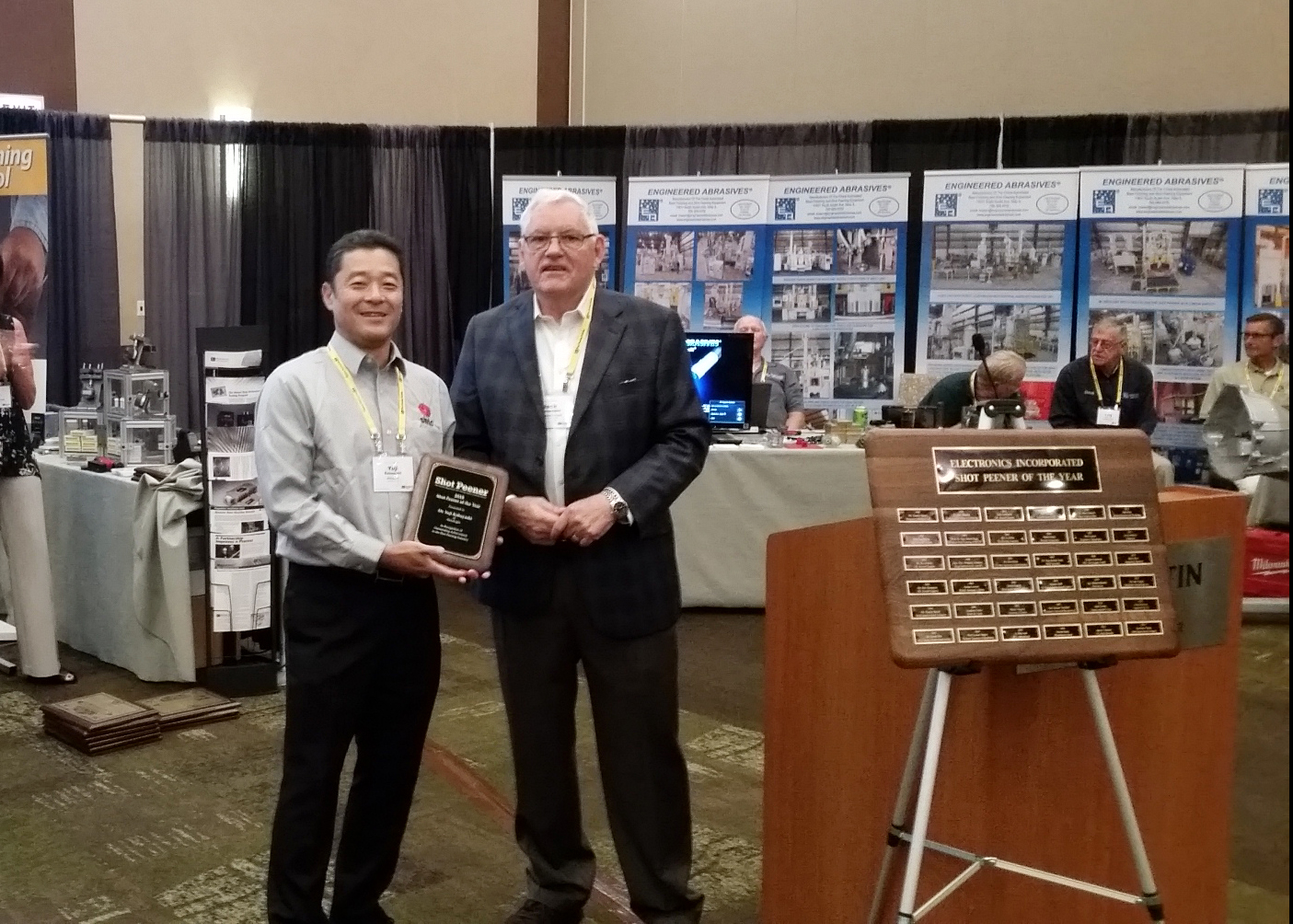