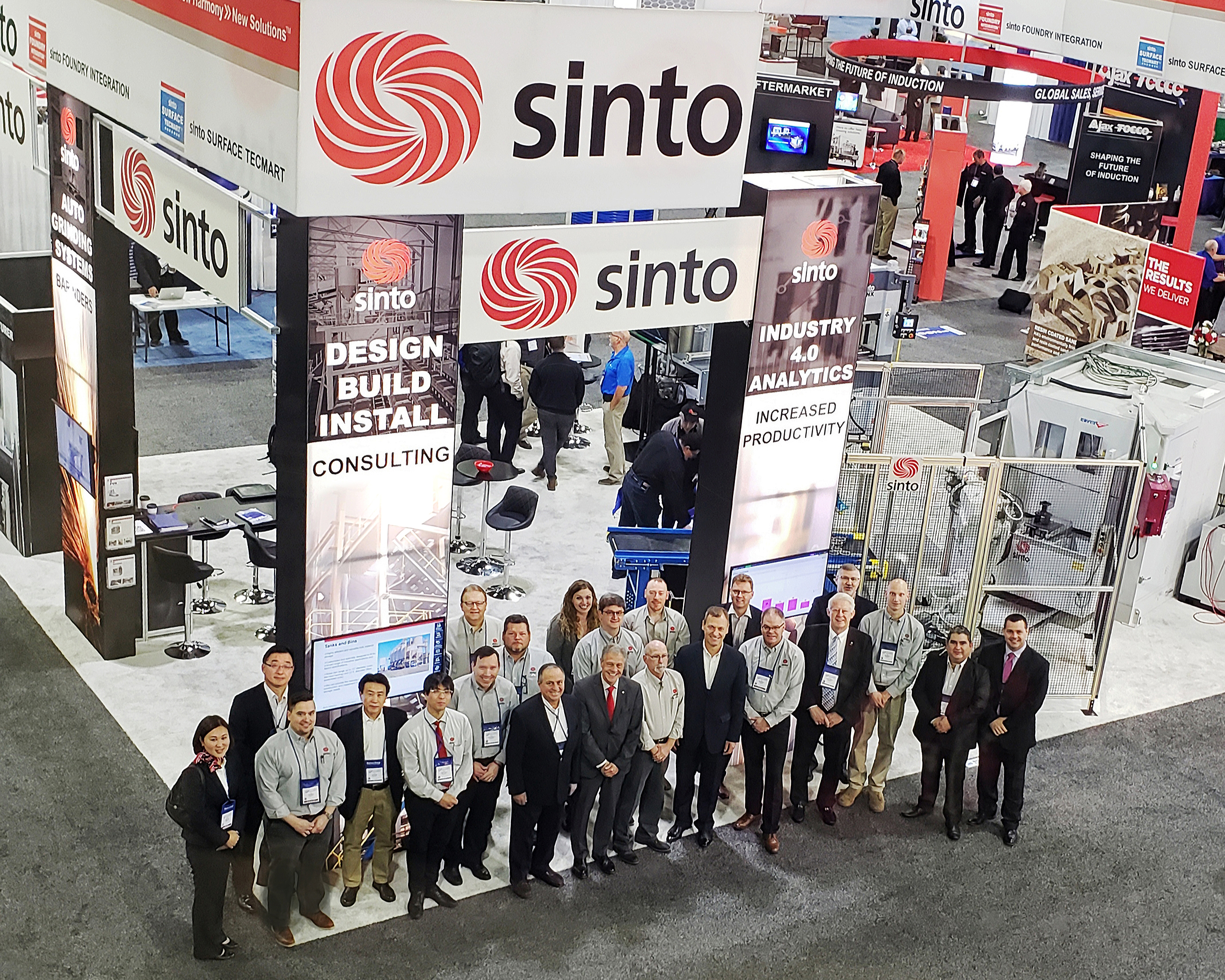 Sinto’s excellent booth location allowed almost everyone who attended the show, to view Sinto when entering the show floor. This allowed for brand awareness, heavy booth traffic and many contacts made. The booth had sixteen foot backlit, graphic towers that each displayed the different product offerings Sinto wanted to focus on at the show. Each tower had one or two monitors with videos playing. In total, there were eleven monitors in the booth for customers to view videos. Between the graphic towers, hanging ceiling fan, videos on large monitors, live streaming of Industry 4.0 Analytics and large robotic cell, the booth was hard to miss! 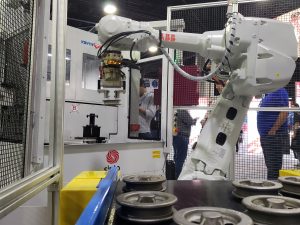 Sinto’s Vision Based Robotic Barinder Load/Unload System cell attracted many customers when entering the show floor. The incorporated robotic vision system enhances production and lowers operator fatigue and injury by automating the loading and unloading of the Barinder. The Barinder is the industry leading automatic grinding machine. Customers were able to see how easy it is to learn, program and operate for the removal of gates, burrs and parting line fins on castings. View more. 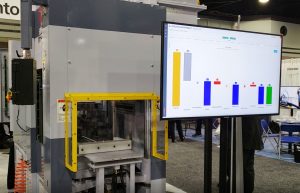 Along with the robotic cell, Sinto featured the FDNX Flaskless Molding Machine with Industry 4.0 Analytics. The software data was running on the machine and streaming on three large monitors. Sinto was one of the few companies who featured Industry 4.0 at the show. Attendees of the show were able to see how you can digitize and optimize the system by visualizing every device, motion and event on your machine or system to generate a clear, actionable solution for optimum productivity and efficiency.

Sinto Surface Tecmart was featured and promoted by utilizing an eight foot, 3D graphic tower listing various blasting machines Sinto manufactures. The blast machines are able to integrate all of their equipment with robotics, vibratory conveyors, casting sorting, etc. to insure any foundry’s cleaning room is as efficient as possible. In this section of the booth, a Sinto Surface Treatment video was playing through the day on a fifty inch monitor. 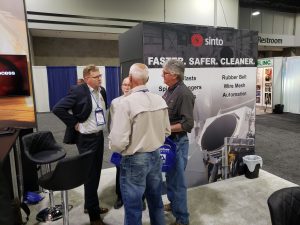 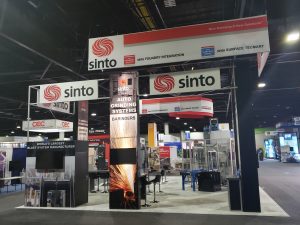 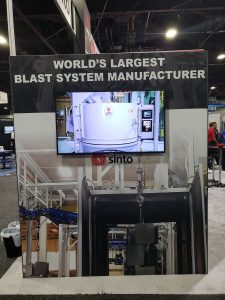 The last area of focus at the 2019 CastExpo show for Sinto America was foundry consulting and Design/Build/Install with SandMold Systems division. Customers were able to interact with a 3D rendering on a monitor of a completed plant at a workstation in the booth. This area was highly utilized for discussions with customers and to layout large blueprints of different foundry plants. 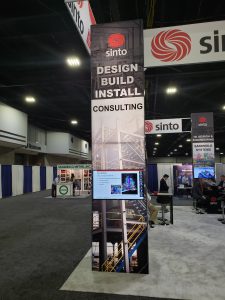 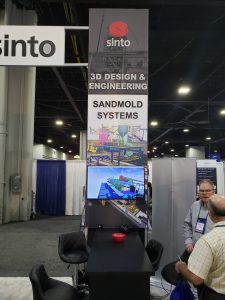 The AFS CastExpo & Metalcasting Congress 2019 was a great success for Sinto America. With twenty-five Sinto employees at the show, every visitor at the booth had someone to discuss their foundry needs with. There was heavy traffic almost every day through the booth which allowed Sinto to have many discussions with various customers that will lead to follow up meetings and potential sales. Sinto is looking forward to CastExpo 2022 in Columbus, Ohio.