After less than two years of having newly installed automated molding equipment, Maclean Power System was able to surpass one million molds in October of 2021. Maclean Power Systems is a leading manufacturer and supplier for utility, civil and telecommunication products and has many locations around the US. Learn more about Maclean here. 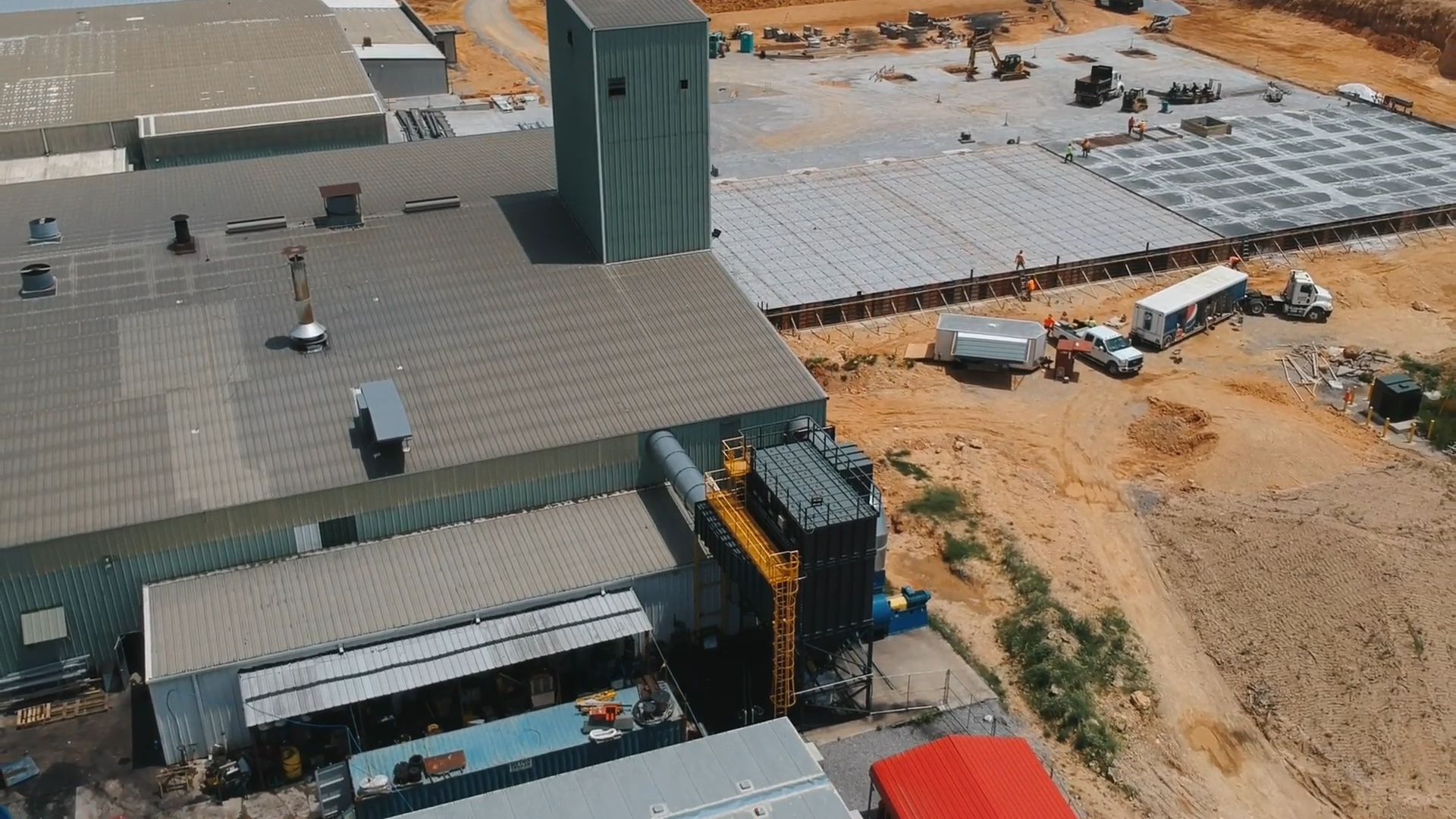 In February 2020, Sinto America completed the installation of its FBO-IIIS Molding Machine, Mold Handling Line and Sinto Smart Foundry Integration in Maclean Power System’s Alabaster, Alabama plant. “We were looking to upgrade our foundry and to really come into the 21st century with newer, better automation and technology and to really transform our factory to the factory of the future.” -Blake Wallace, Manufacturing Engineer.

One feature of the FBO-IIIS Flaskless Molding Machine that has allowed production to take off for Maclean is aeration sand filling technology. Aeration sand filling technology is performed with much lower pressure than that used for blow system machines. Air is blown through the side walls of sand tank to fluidize the molding sand as well as to uniformly pressurize the sand tank. This technology paired with a large mold size of 20” x 24” x 8/8”, core setting option and custom mold handling line has allowed Maclean to produce molds at a rate of 150 per hour. 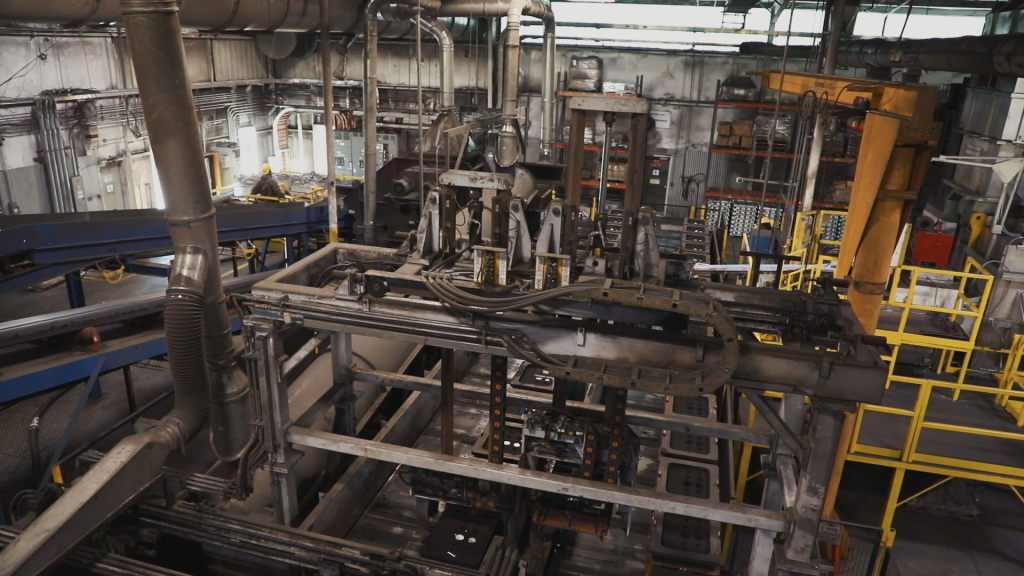 “We’ve seen a big difference before and after we implemented the FBO and custom mold handling line. We had two automatic machines at our Pelham facility and two manual lines, and we were actually able to replace those with the one Sinto molding handling line here at Alabaster This has helped us be able to reduce our overhead by eliminating the manual pours, the manual lines that we had at Pelham and the overall number of operators we need to produce the quantity and quality of the castings we manufacture.” –Blake Wallace.

The design of the FBO molding machine has safeguards against the shifting of molds. Another key feature that the FBO has is ability to vary the molding height, which effectively adapts the mold size to the to various pattern profiles. The variable mold height also allows for the efficient use of sand.  These various design features in the FBO Flaskless Molding machines can be a vital tool in reducing scrap in a foundry. 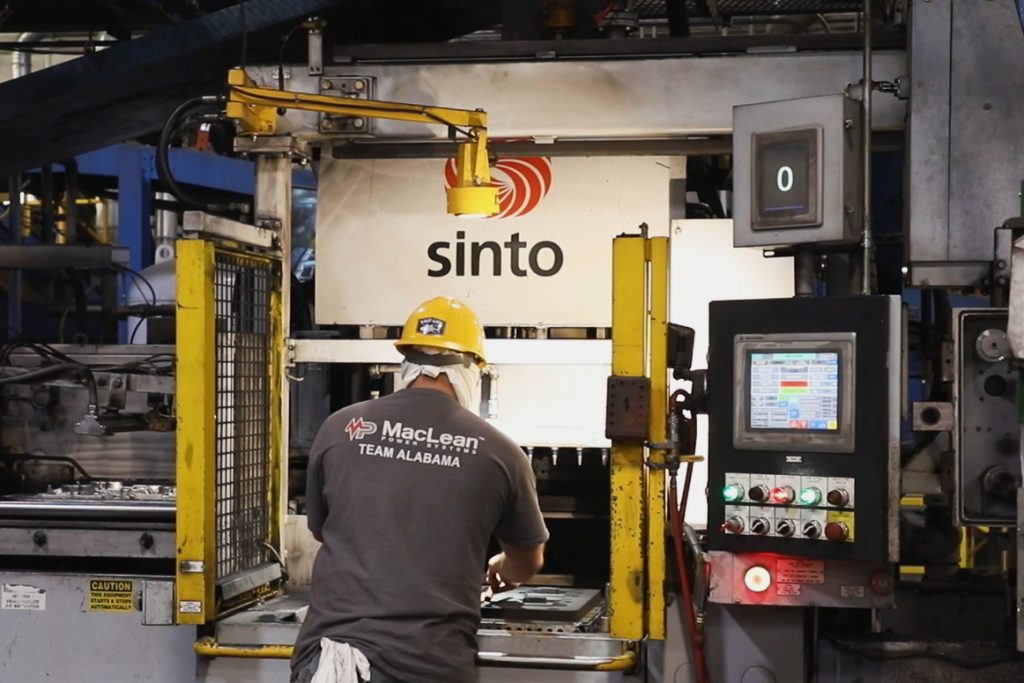 “In the past, we dealt with downtime for alignment issues but with the FBO we do not have to worry about that. The FBO gives us the reliability of no alignment issues and the uniformity of the squeeze has reduced downtime dramatically.” –Kerry Smitherman, Operations Manager.

“In 2019, when we decided to put in the Sinto equipment, one of our overarching plans was to gain market share in a specific aluminum side open plan business. Putting in the FBO and custom mold handling line has allowed us to do that. Not only has it allowed us to do that in terms of our overall production, our overall capacity has grown by a factor of about 25-30% since putting in the new, automated equipment.” -Dan Batson, Director of Operations. 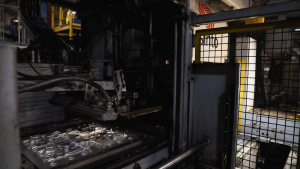 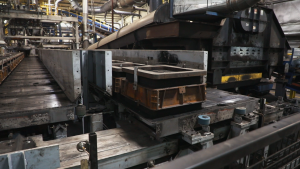 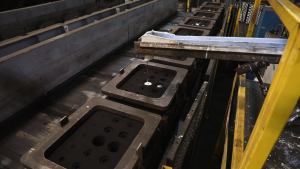 Another part of Maclean’s success has been digitizing their foundry and stepping into the industry 4.0 manufacturing world. Maclean has fully integrated ePVS, a Sinto Smart Foundry software tool that gives them complete process visibility and allows Maclean to instantly visualize any issues they system may be having. ePVS generates clear, actionable solutions to improve maintenance, quality, planning and production. Being able to predict issues before machines go down and being able to monitor a machine’s efficiency has allowed Maclean to reduce downtime and maintenance costs, while keeping production moving forward to hit that million mold mark quicker than other companies. 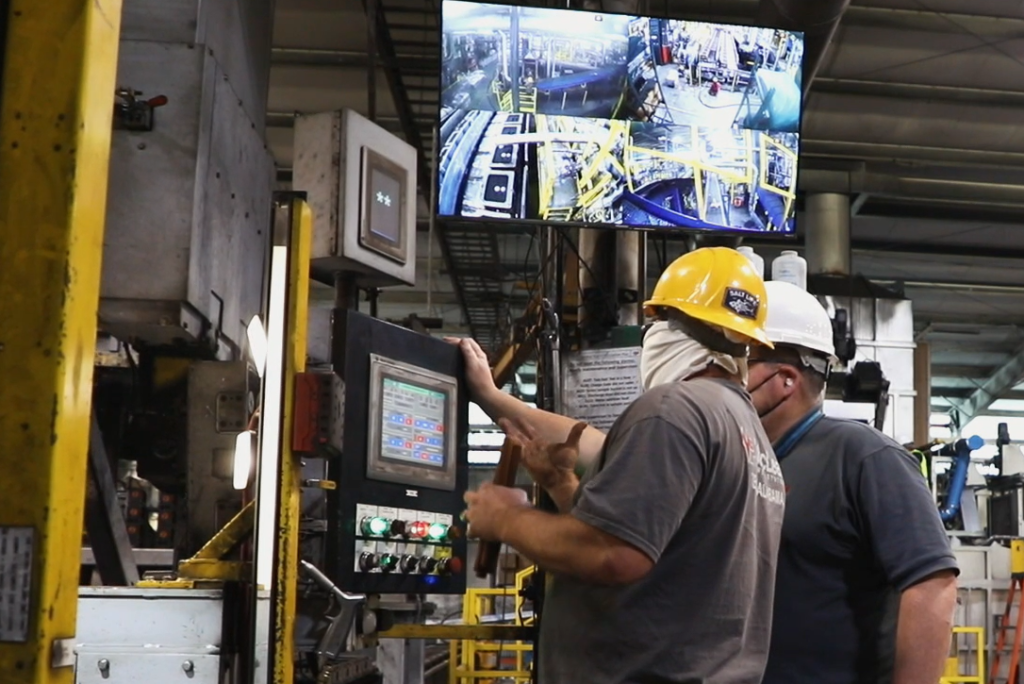 “We were one of the fastest companies to ever reach a million molds. We did that in less than two years and we are really proud of that. We run 24/7 so that has allowed us to hit that milestone, as well as with the support of the Sinto team. We communicate with them every week in meetings to discuss any kind of open issues that we have. They are able to customize the monitoring system that we have on the machine for any data that we’re looking for and we just continue to have a great experience working with them.” -Blake Wallace. 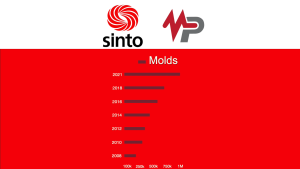 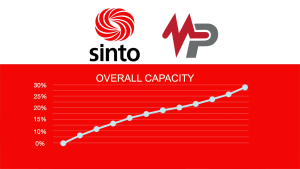